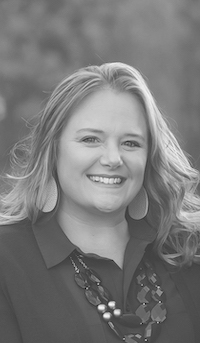 As the Owner and Artistic Director of Seven Hills Dance Studio, Ryan loves sharing her passion for movement with her students and the community. She directs all administrative and creative operations, teaches ballet, tap, jazz, pointe, modern, and lyrical as well as master classes in improvisation, partnering, performance, Afro-Caribbean dance, contemporary, and musical theatre, and choreographs for the Seven Hills Dance Company.

Ryan began dancing at the age of three in Harrisonburg, VA. She spent the majority of her childhood at Forest Dance Academy under the direction of Sue Dail and the late Pam York. She taught modern and other master classes on the FDA faculty from 2003-2005. Ryan received her Master of Fine Arts in Dance with honors from the University of Maryland, College Park where she taught undergraduate courses in modern, jazz, and dance theory on the faculty for three years, served as an Adjunct Professor of Dance in 2008, co-chaired the student National Dance Education Organization, and advised the UnBound Dance Team.

Ryan was a scholarship student at James Madison University where she graduated with the distinguished Dance Theatre Award as Outstanding Dance Student with a double Bachelors of Art in Theatre & Dance and Media Arts & Design. While at JMU, she received a scholarship to train at the American Dance Festival, “the world’s greatest [modern] dance festival” (New York Post), where she studied with John Jasperse, David Dorfman, Lisa Race, Doug Nielsen, Jeremy Nelson, and Linda Tarnay (NYU’s Tisch School of the Arts).

Ryan has taught and produced work in Virginia, North Carolina, DC, and Maryland. She was previously an Adjunct Professor of Dance at Lynchburg College and former Board of Directors for ArtZone, Inc., a local arts non-profit dedicated to providing art programs for children. Ryan also appeared in Dance Teacher Magazine in 2001. Her evening length outdoor site-specific piece and partnering film, Place(d), premiered in March 2008 at the Clarice Smith Center for the Performing Arts. Critical Dance Magazine called it “remarkable,” “fresh…pure,” and “incredibly rich.” Ryan’s literary work of the same title was published in 2008. In coordinance with the John F. Kennedy Center, Ryan helped produce the international pre-professional ballet intensive with legendary ballerina Suzanne Farrell in 2006, 2007, and 2008.

Ryan lives in Goode with her husband Brian, daughter Ashby, son Grant, and black lab Addi. Her life full of all kinds of art and all kinds of students all the time!