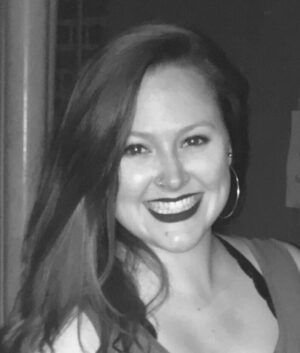 Hillary is an alumna of Seven Hills Dance Studio and the Seven Hills Dance Company. Her talent as a young dancer allowed her the opportunity to begin training early at the studio as a student assistant for children’s classes and as a substitute teacher for a variety of styles and ages. In high school, she was also selected to represent the Dance Company as one of the first performance soloists to compete at the regional level.

Hillary attended East Carolina University where she was a member of the dance team, a team selected by audition focusing on technical elements as well as specialties in jazz, hip hop, and pom. As a vital part of the athletic program and community, Hillary served as an ambassador to the ECU athletic teams and university while providing entertainment support at all sporting events as well as community appearances and fundraisers. While at ECU, she also had the privilege of attending the National Dance Association Nationals in Daytona Beach, Florida where the team regularly competes and places with their jazz and hip hop routines. Hillary has trained with a multitude of industry professionals at regional and national conventions winning several awards for her performance and choreography.

She currently teaches ballet, tap, jazz, lyrical, and hip hop, serves as an assistant to the directors for Dance Company, and choreographs routines for competition in addition to annual Revues. Hillary’s favorite dance styles are jazz, hip-hop, and contemporary. When she is not dancing, Hillary is employed by the Centra PreSurgery Center.