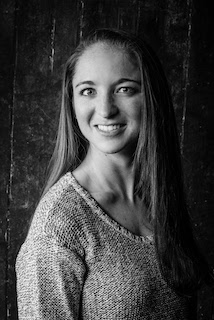 Mary-Catherine is excited to rejoin the faculty at Seven Hills in the Fall of 2018.  She began dancing at Seven Hills at the age of three, continued dancing into college, and returned to teach at Seven Hills during the 2011-2012 season. While growing up at Seven Hills, her passion grew for dance through assisting in younger dance classes, being a member of the Dance Company (1996-2006), and seeing the fun that can come while learning to dance.  While in college at Virginia Tech, Mary-Catherine danced for the Hightech dance team from 2006-2010.  This Spirit Program is one of the most active and visible groups on campus – dancing on the sidelines at home football and basketball games, making public appearances at community events, and competing in the NCA/NDA College Cheer and Dance National Championships.  While on this squad, she received awards such as Best Attitude (2007-2008, 2008-2009, 2009-2010. Selected by coaches and athletes), Varsity Rookie of the Year (2007-2008, selected by coaches), and the Athletic Strength and Conditioning Award (2008-2009, selected by staff).  Upon graduating from VT in 2010 with her BA in Interdisciplinary Studies, she returned to Lynchburg to complete her Masters of Arts in Teaching in Elementary Education at Liberty University. Mary-Catherine has been a Kindergarten and PreK teacher in Lynchburg City, Charleston County, and currently Bedford County for the past 6 years. Her most recent dance education has taken place in Charleston, SC where she trained and performed with DanceFX and Dance Lab’s adult performing company from 2014-2017.