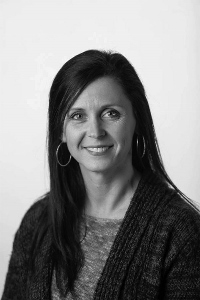 Juli has been dancing her whole life; she considers herself a lifelong learner. Juli began dancing at Floyd Ward Dance Studio with instruction from Floyd and Virginia Ward. She relocated to Forest Dance Academy where she was a student and faculty member for several years.

After her time there, she became a ballroom instructor for locally owned Fred Astaire Dance Studio. Juli has trained at the North Carolina School of the Arts and in ballet and modern at Randolph Macon Women’s College with Pamela Risenhover and Helen McGehee. She has taken classes with many world renowned dancers and choreographers at the countless dance conventions and workshops she has attended.

In 1992, Juli found her home at Seven Hills Dance Studio where she teaches her students a love for the art through a number of classes in ballet, pointe, tap, jazz, and lyrical. As director of the Seven Hills Dance Company, her choreography has won many regional and national awards. In 2006, Juli graduated from Liberty University with a Bachelor of Science in Nursing. She spends her days in the operating room at Lynchburg Surgery Center and her evenings getting crazy on the dance floor. Juli lives in Lynchburg and has three beautiful children -Tyler, Nick and Jaidin.